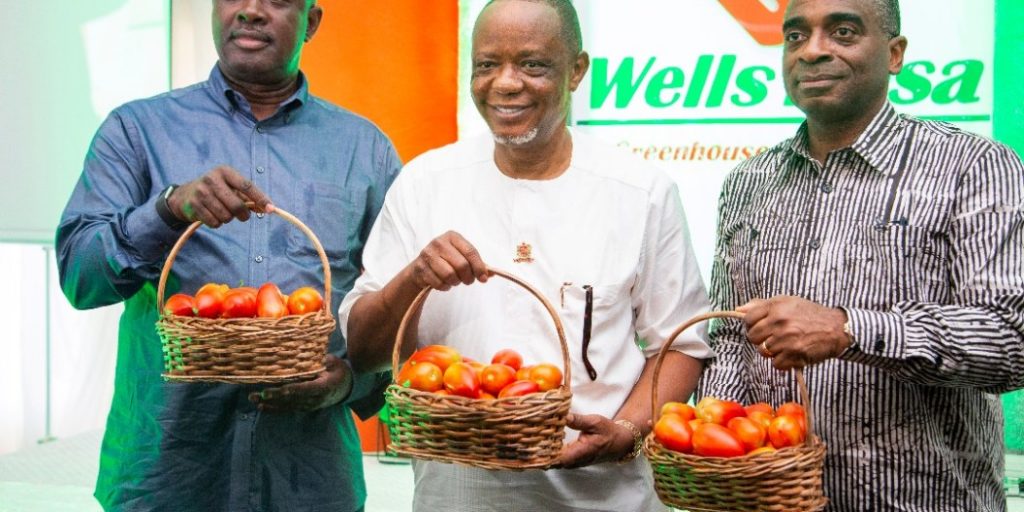 Narrating the humble beginnings, Captain Hosa as he’s fondly called by numerous admirer said that as a little boy growing up in Benin city several decades ago, the distinct image of farming being at the time the common means of livelihood was a significant picture that was grafted into my mind at that younger age but thank God today, Wells Hosa Greenhouse is a project born out of that mental picture.

Its a pioneer project, presently the largest of its kind in west Africa which incorporates various system integrated by irrigation, fertilization and pest control. It stands on 27 hectares of land and has the housing capacity for 28 hydroponic greenhouses, each of 5,440 square meters estimated production value of 4,200 tons per year and its projected revenue of 6 million dollars (USD) per year with 500 direct employment while indirectly employing thousands of youth and women.

An elated Captain Hosa also use the opportunity to pay a courtesy visit and present the first tomatoes harvest to His Royal Majesty, the Oba Of Benin for his royal Blessings. The Managing Director, Mr. Bright Okunbo confirmed the readiness to start business with local and international markets.